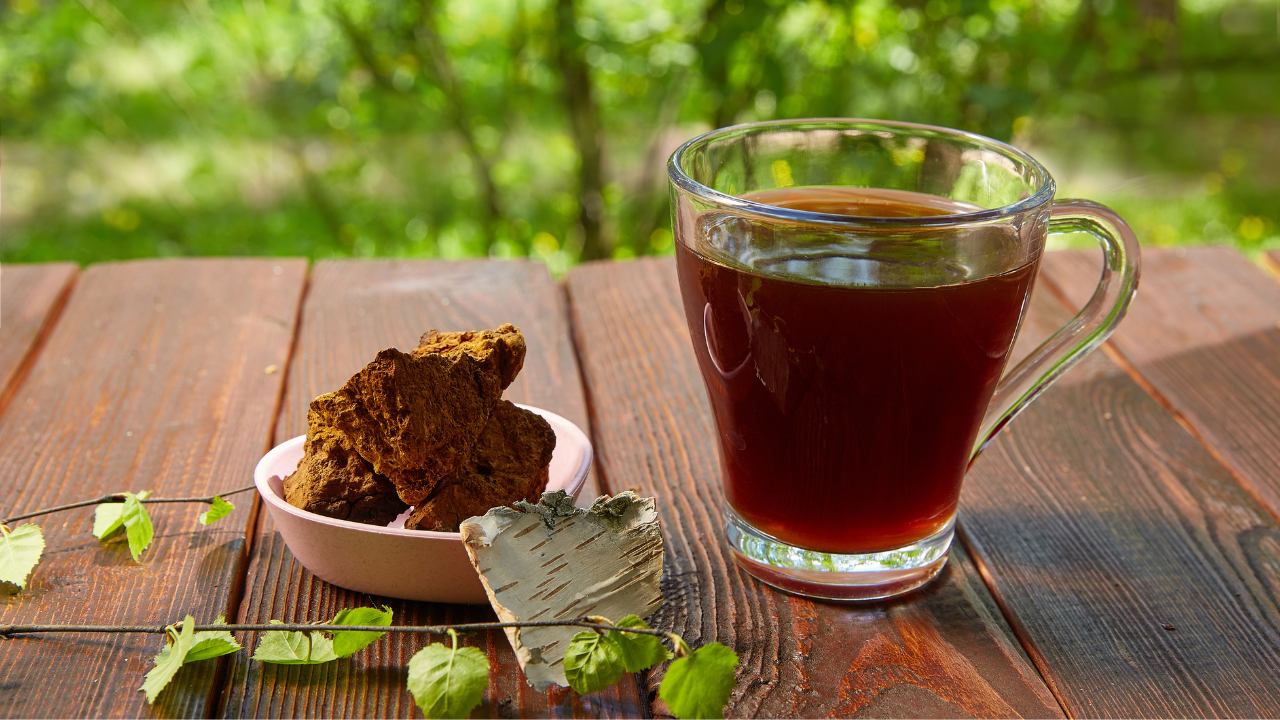 Medicinal mushrooms seem to be all the rage these days. Often they are seen blended into coffee for a warming cup of liquid gold. There are more than 130 medicinal mushrooms but today we are going to focus on Chaga and Reishi as they are some of the more popular ones on the market.

So, what are medicinal mushrooms? According to Science Direct, they “can be defined as macroscopic fungi that are used in the form of extracts or powder for prevention, alleviation, or healing of multiple diseases, and/or in balancing a healthy diet.” Medicinal mushrooms have been traditionally used for health promotion and longevity in China and other East Asian countries for centuries and in more recent times have started gaining popularity in Western parts of the world, mainly within the complimentary alternative medicine (CAM) and functional medicine space.

In Asian countries medicinal mushrooms have been used for centuries for a variety of reasons and in more present times they are especially used in the field of oncology. According to the National Institute of Health (NIH) some of the claimed health benefits of medicinal mushrooms include being anti-inflammatory, antiallergic, antibacterial, antifungal, anti-inflammatory, antioxidative, and antiviral.

As early as the 16th century, Chaga (Inonotus obliquus) was used as a folk medicine in Russia, Siberia, and some Asian Countries. It is a variety of fungus that mostly grows and lives on the living trunks of birch trees in cold regions of the northern hemisphere. The extracts of Chaga demonstrate potent anti-tumor activities and have been used to treat cancer in several countries; however, the actual effect and underlying mechanisms are still unclear.

Chaga has also been used for its favorable effects on lipid metabolism and cardiac function, as well as for antibacterial, anti-inflammatory, and antioxidant benefits. The chemical analysis of Chaga revealed several compounds such as polysaccharides, triterpenes, and polyphenols, which might be responsible for most of the therapeutic effects. With one of the highest known concentrations of antioxidants in any food, Chaga is also rich in phytonutrients, zinc, b-vitamins, digestive enzymes, and minerals.

Animal and test-tube studies suggest that Chaga extract can positively impact immunity by reducing long-term inflammation and fighting harmful bacteria and viruses. Chaga is generally well-tolerated, however, no human studies have been conducted to determine its safety or appropriate dosage so there is a possibility of side effects which is why we encourage you to meet with your provider to determine if Chaga is a good fit for you.

In China, Reishi (Ganoderma lucidum) is regarded as the “herb of spiritual potency,” symbolizing success, well-being, divine power, and longevity. Who doesn’t want all of those things?! If one is new to the world of medicinal mushrooms, they are often guided towards Reishi as their gateway mushroom, rightfully so.

Reishi has a long history of use for promoting health and longevity in China, Japan, and other Asian countries. Some of the considered benefits of Reishi include control of blood glucose levels and  modulation of the immune system. According to the NIH, research has confirmed that Reishi induces a self-triggered immune response and can be a very powerful antioxidant. Nowadays it is also being used in modern medicine as a supplement to cancer treatment and to fight the side-effects of chemotherapy in China and also in Western countries.

Test-tube studies have shown that Reishi can affect the genes in white blood cells, which are critical parts of our immune system. Some preliminary studies have shown that Reishi mushroom could decrease anxiety and depression as well as improve quality of life in those with certain medical conditions. As with Chaga, there is not enough evidence (aka trials on humans) out there to make really large definitive claims so it’s always best to check in with your provider before starting.

Although a great deal of research has been carried out to highlight the various beneficial properties of Chaga, Reishi and other medicinal mushrooms, many mushrooms have only been tested in vitro or in vivo in animal models, mainly mice and rats, with little or no scientific support in vivo in humans.

While it is encouraged to approach medicinal mushrooms with some caution and care, the use of whole mushrooms in your diet are very much encouraged. Mushrooms contain essential amino acids and are also rich in many essential unsaturated fatty acids, such as linoleic and oleic acids, which are necessary for the proper functioning of the body. Mushrooms are also a  rich source of nutrients and bioactive compounds such as carbohydrates, fibers, proteins, vitamins, and minerals. One of my favorite ways to consume whole mushrooms is to buy a variety pack from the freezer section at the grocery store and sauté them with some extra virgin olive oil, garlic and fresh sage as a quick and easy side.