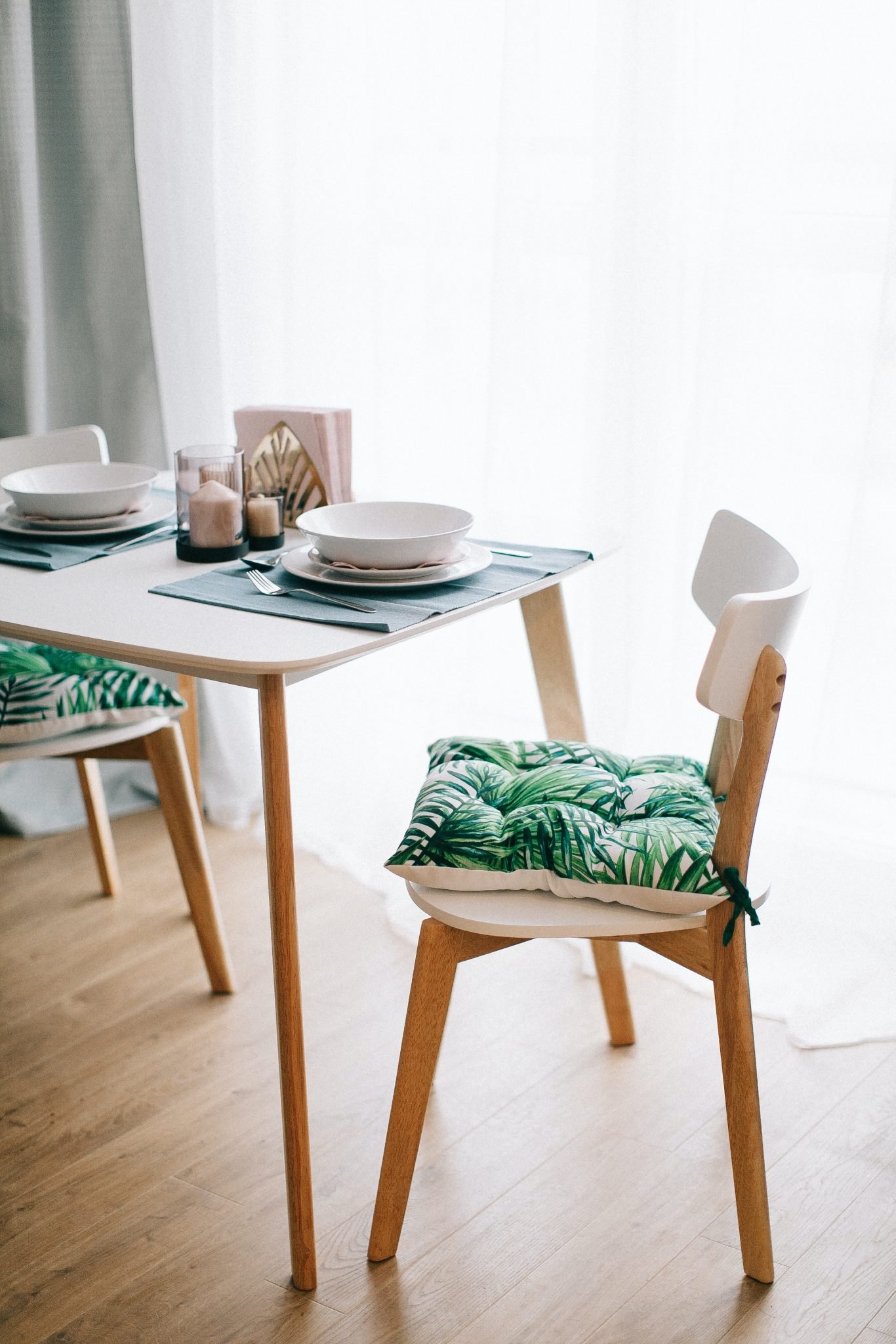 FODMAP – have you ever heard of this type of diet before?! Perhaps not. Maybe you’re asking yourself ‘What the heck is a FODMAP?’ Great question!

FODMAP stands for fermentable oligosaccharide disaccharide monosaccharide and polyols (sugar alcohols), which are a group of small chain carbohydrates and sugar alcohols that are poorly absorbed and digested in the small intestine. Because of this poor absorption in the small intestine, these FODMAPs subsequently ferment in the small or large intestine causing bloating, abdominal pain, and gas. These FODMAPs are rapidly fermented by microbiota in the colon leading to distension in the stomach from gas production along with pain and bloating. FODMAPs are naturally occurring in some foods but can also be additives to food. The tricky thing is that most high FODMAP containing foods are healthy, whole foods such as cabbage, cauliflower, and apples- just to name a few. It is likely that the combination of incompletely absorbed carbohydrates is what causes the many symptoms associated with FODMAPs versus one specific food or food component.

Monash University in Australia is the founder of the low FODMAP diet. Researchers at the university began digging into and researching FODMAPs in 2005. Monash University’s Gastroenterology Department does extensive work and research in the areas of IBS (irritable bowel syndrome), FODMAPs, non-celiac gluten sensitivity, inflammatory bowel disease, ulcerative colitis, and Crohn’s disease. Their team of medical doctors, dietitians, scientists, and postgraduate students work together to “explore the role of food components in gastrointestinal conditions”.

What does the research say about a low FODMAP diet?

The most current data and research suggests that a low FODMAP diet is advantageous in the management of IBS and SIBO (small intestines bacterial overgrowth). Many of the studies conducted on low FODMAP diets have consistently shown and concluded that a majority of patients with IBS experience symptomatic benefits. The results of this research are dependent on a patient’s adherence to the low FODMAP diet. Another factor that is crucial to the success of this diet for patients is if they are working with a specialized dietitian for dietary intervention and guidance. Studies suggest that diets high in fat, carbohydrates, milk products, spicy food, alcohol, and coffee may exacerbate symptoms in those with IBS.

Who is a low FODMAP diet best for?

A low FODMAP diet is intended specifically for someone with medically diagnosed SIBO or IBS. SIBO is an abnormal increase of bacteria in the small intestines that can cause bloating, abdominal pain, malabsorption, cramps, indigestion, or changes in your bowels. SIBO is diagnosed with a breath test that can be done at STAT Wellness. IBS on the other hand is a chronic GI disorder characterized by symptoms such as abdominal pain, bloating, altered bowel habits (i.e. constipation, diarrhea, or both) that affects approximately 10% of the population in Western countries. IBS is a clinical diagnosis that is diagnosed using symptom based criteria (such as Rome III Criteria- the current standard for IBS diagnosis). The exact cause of IBS is unknown. Research has shown that it may develop due to epigenetics and environmental factors. Another research article stated that etiology and pathophysiology can include heightened pain sensitivity, abnormal gut motility, SIBO, intestinal inflammation, and a dysregulated gut-brain connection. IBS is definitely a multifactorial condition and manifests itself differently for each person.

The FODMAP diet is designed to help mitigate symptoms for those suffering with IBS and SIBO. Typically people without IBS have no issue ingesting and digesting FODMAPs. The long term effects of a low FODMAP diet is not yet known. Strict adherence and restriction is not recommended for the long haul due to potential risk of inadequate nutrient consumption. A long-term FODMAP diet may also negatively impact one’s gut microbiota, therefore not recommended as a permanent solution.

When someone with diagnosed IBS or SIBO begins a low FODMAP diet, we typically have them eliminate or severely limit high FODMAP foods for 4-8 weeks and then gradually reintroduce foods to see if they are trigger foods and cause symptoms. This method will help specify foods that the individual is sensitive to but lead to an overall less restrictive diet. The benefits of following a low FODMAP diet for IBS or SIBO sufferers can typically be seen within 2-6 weeks of beginning the low FODMAP diet.

How does a low FODMAP diet work for those with IBS?

A low FODMAP diet appears to be beneficial to those suffering from IBS or SIBO because reducing the consumption of FODMAPs reduces the osmotic load and gas production in the distal parts of the small bowel and colon. The extent to which an individual experiences symptoms is dependent on the extent of malabsorption they experience within their body, which can vary person to person. There are two main pathways that induce symptoms in individuals with IBS or SIBO due to FODMAPs. First, because FODMAPs are not absorbed properly within the small intestine and are “osmotically active”, this leads to more secretion of fluid in the small intestine causing distention and discomfort. The second pathway involves the rapid fermentation of FODMAPs by the microbiota in the colon or small intestines if SIBO is present. This rapid fermentation leads to distention and gas production, pain, and bloating as well. According to an article published by NCBI, “A reduction in breath hydrogen production, which measures the degree of gas produced by the microbiota, in both healthy and IBS subjects with a low FODMAP diet has been shown in a recent study, suggesting reduced fermentation and gas production with restriction of poorly absorbed carbohydrates. Subsequently, there was an improvement of GI symptoms in the patients with IBS on a low FODMAP diet. Thus, the study supports the hypothesis that rapid fermentation of undigested, unabsorbed FODMAPs in the colon results in distention of the large bowel, bloating, and abdominal pain from excess gas production.”

Additional foods can be found here.

There are many modifiable factors that can influence one’s IBS. These include eating habits/diet, exercise, and stress. Additionally, a diet high in soluble fiber has also been shown to be effective in IBS management. But as stated above, there are also possible epigenetic factors at play in the development of IBS. According to IFM ,“Knowing the key genetic variations for chronic conditions enables more targeted treatments as well as prevention. A recent study in caucasian individuals connected genetic variations associated with impaired disaccharide digestion to IBS symptomatology.” This result suggests that a nutrigenomic approach for those with genetic variations may be beneficial and reduce symptoms. This nutrigenomic approach would entail a personalized dietary plan and working with a registered dietitian, which is a great first line approach to IBS management. It is encouraging that research has shown that more holistic approaches can benefit IBS patients. Holistic approaches (non-pharmacological) include but are not limited to dietary changes, exercise, cognitive-behavioral therapy, and hypnotherapy.If you are suffering from digestive issues, you are not alone! Book an appointment with one of STAT Wellness‘ Functional Medicine trained Healthcare Providers today.

*This article is not intended to diagnose or treat IBS or any other condition. Please consult a medical professional, such as those at STAT Wellness, before starting interventions such as a low FODMAP diet*